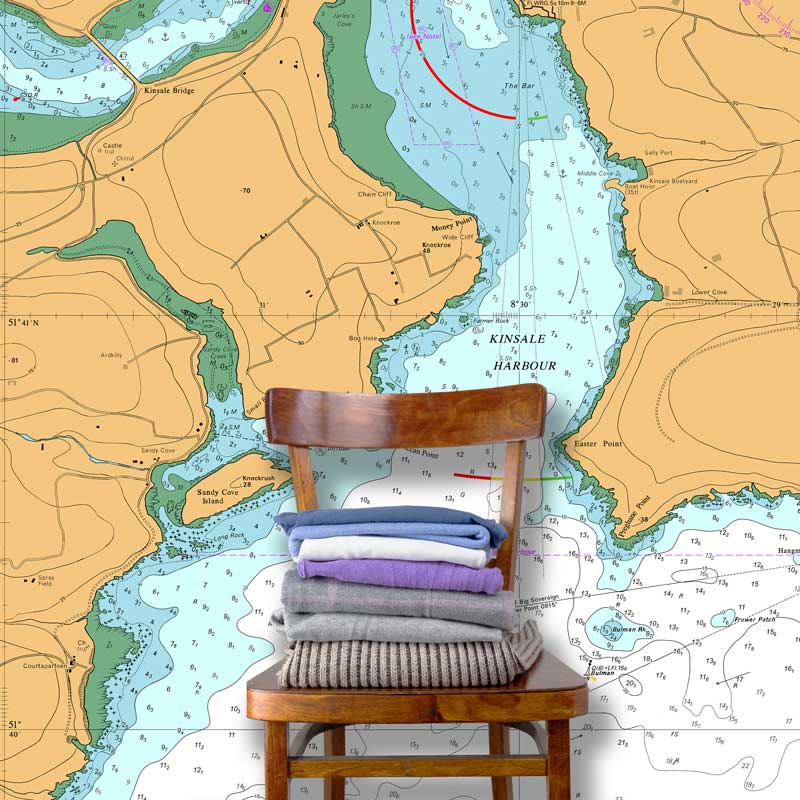 Do you love the colours, details and sense of adventure that maps and charts give you? Then let your imagination run wild and we’ll make your idea big enough to fit your favourite wall.

Your nautical chart wallpaper mural is custom printed to your exact dimensions so it will fit perfectly on your wall.

With a choice of wallpaper media, a free advice and proofing service we are certain that you will be completely delighted with your wallpaper mural.

Choose from the wide range of Imray Nautical Charts - with their award-winning cartography which features Imray's distinctive colour scheme and fine overprinted latitude and longitude grids make for an impressive feature on any wall.

Let Us Help You Find Your Perfect Chart

Looking for a costal chart of a particular area? We can help you locate both current and historical versions of nautical charts from the UK and around the world.

We look forward to hearing from you. 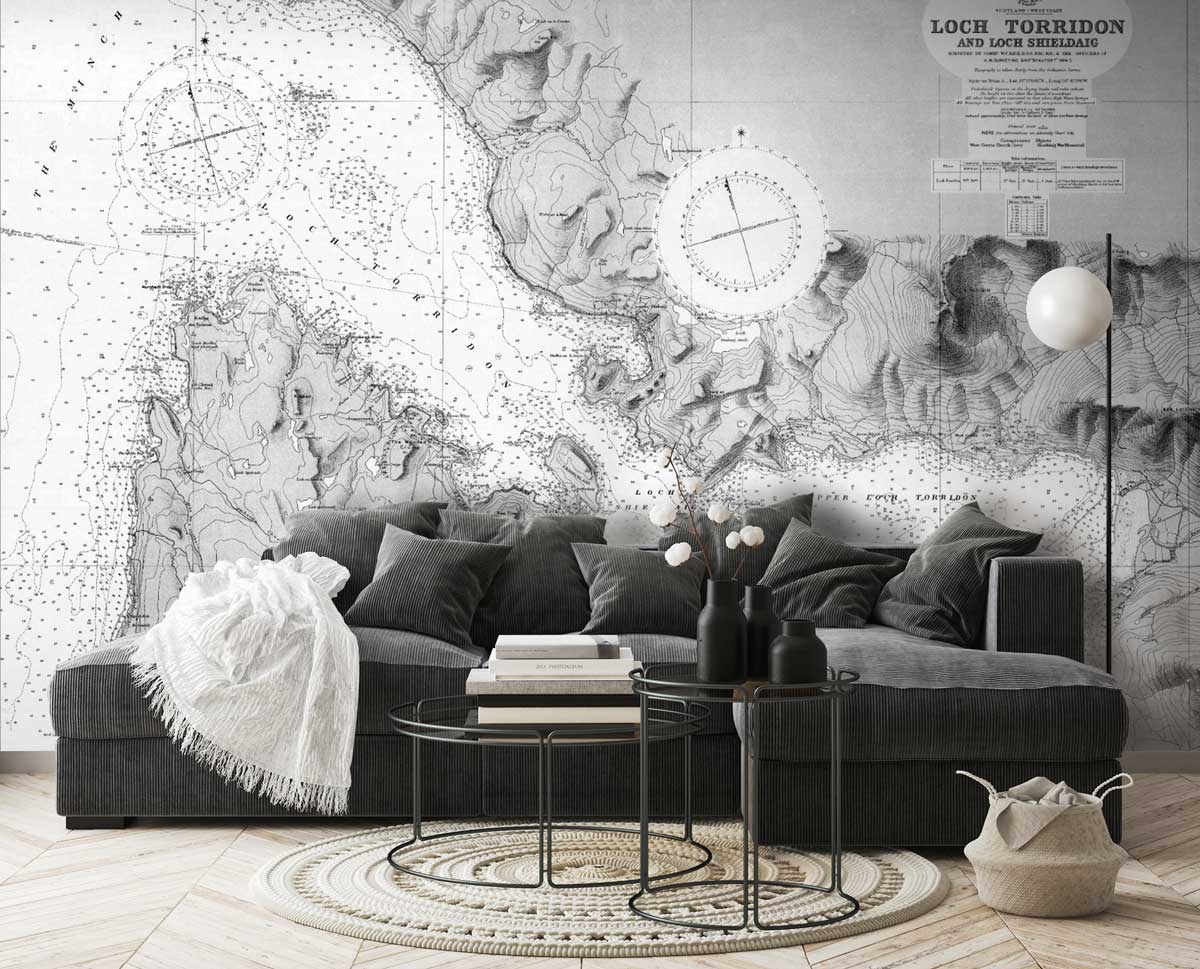 During the 19th century, the Hydrographic Office of the Admiralty surveyed all the coasts of Scotland in great detail, often updating charts regularly for busier ports and estuaries. The nautical charts they produced were for the benefit of mariners and focused on marine hazards, harbours, coastal settlements, and islands.

By the 1830s under Francis Beaufort, there was a growing trend towards standardisation of features, symbols and abbreviations. As well as depicting the coastline and high and low water marks with accuracy, many other features of interest to mariners were also included, including rocks, sandbanks and wrecks, depths in fathoms, navigational aids such as lights, buoys and beacons, and the nature of the sea bottom for locating good anchorages. Most charts also included a compass rose with a magnetic north indicator, so that compass bearings could be easily traced using parallel rules for any transit on the chart.

Transform your walls with one of these historic charts. You can view the complete archive of 950 historic Scottish coastal charts from the National Library of Scotland holdings of Admiralty Charts. You can also use the enquiry form below to tell us about the chart you would like to see on your custom printed nautical chart wallpaper mural.